Photos and movies from the 2001 event are now available!

RAF Wainfleet range held a bombing competition in aid of Comic Relief on 11th and 12th March 1999. Below are some shots from the 11th March that we experimentally took using a digital camera and uploaded to this page during the course of the day. After some swearing, we got the laptop to connect properly via a mobile phone, and then all went smoothly.

FLASH and SPLASH!!! Blackcat 4, a 54 Squadron Jaguar, lays one down on the inshore target array. 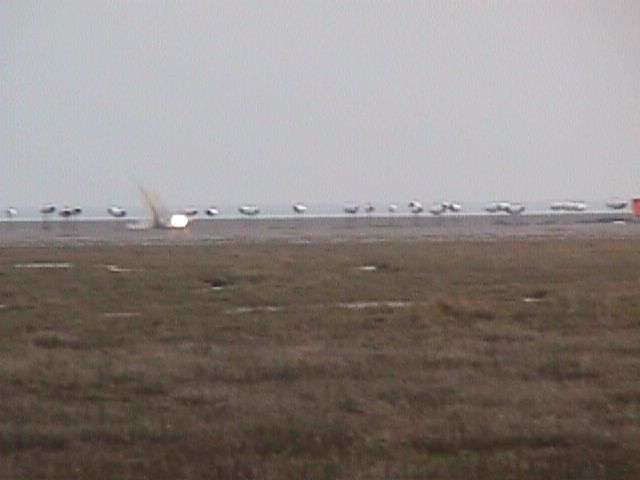 Another 54 Squadron Jag, this time Blackcat 2 runs in for the inshore target array: 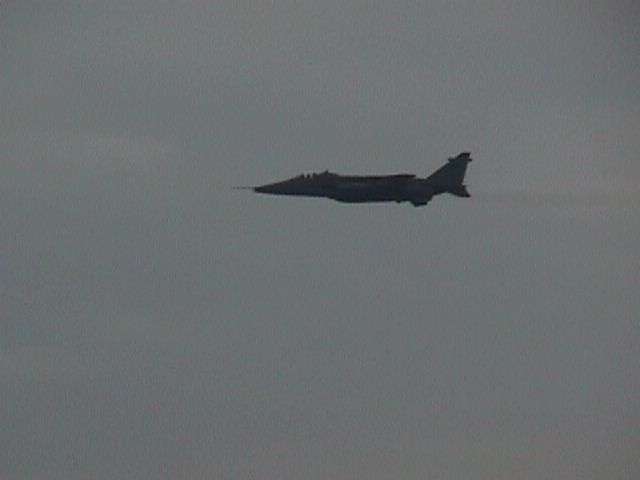 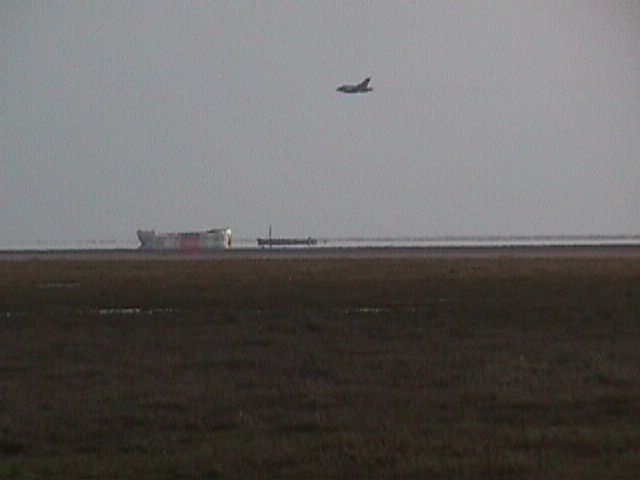 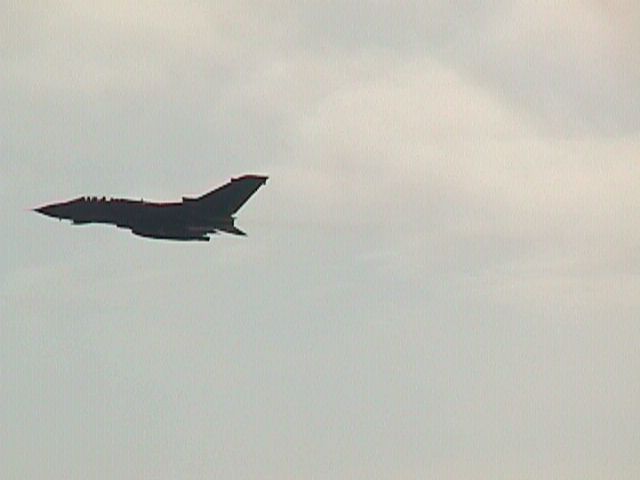 3 and 4 Squadrons have both seen action this morning, here is one of the 3 Squadron aircraft, callsign Rafair 600B: 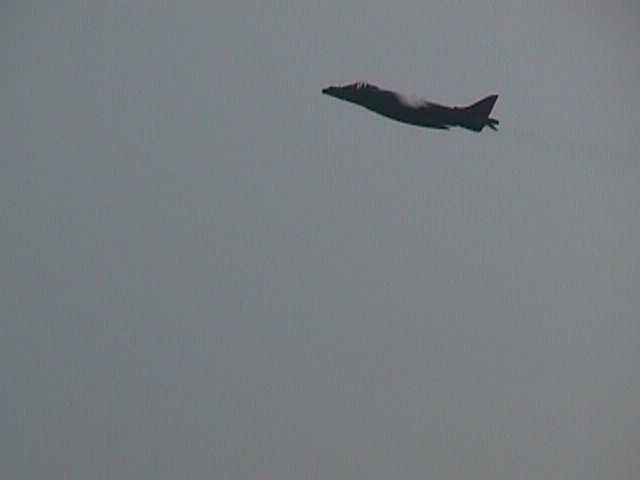 Well, we're here! Just to prove it here's a shot of a range observation hut: 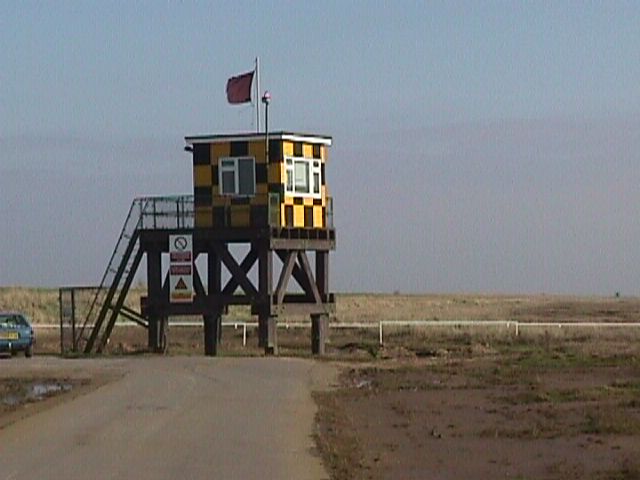 And here's one of me on look-out duties! The red balloon on one of the many aerials is because this event is being held in aid of comic relief, a jolly good show. 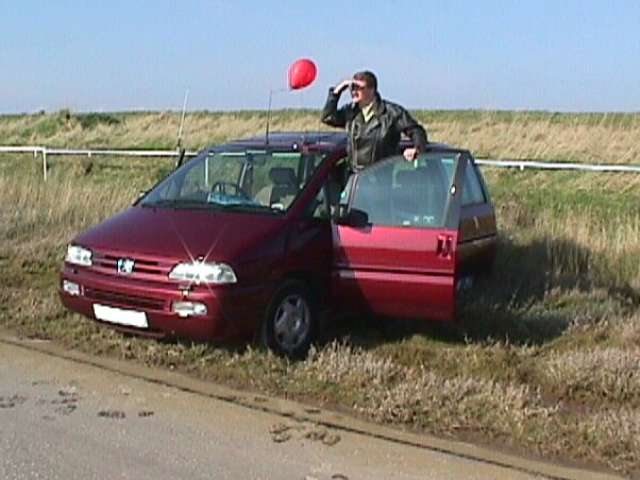